In addition to the official communication of the new investment project of our company in Szolnok on February 20 in Budapest, and this time as guests of honor, we were also present at the General Assembly of the Szolnok City Council, on 23 February, in which we had the opportunity to present our company to the political representatives of the city where our factory and from now also our largest capacity plant in Europe is based.

On the Assembly we were represented by Zsolt Kovács, Operations Director, Manuel Montalbán, CEO Deputy and Kati Sárovics of New Markets. Our Operations Manager, Zsolt Kovács spoke about the past, present and future of the company in Hungary and in particular in Szolnok. Reinforced the idea that our company is strongly based in Hungary, and conveyed our firm intentions to consolidate ourselves as a reference of the sector both at European level and worldwide. 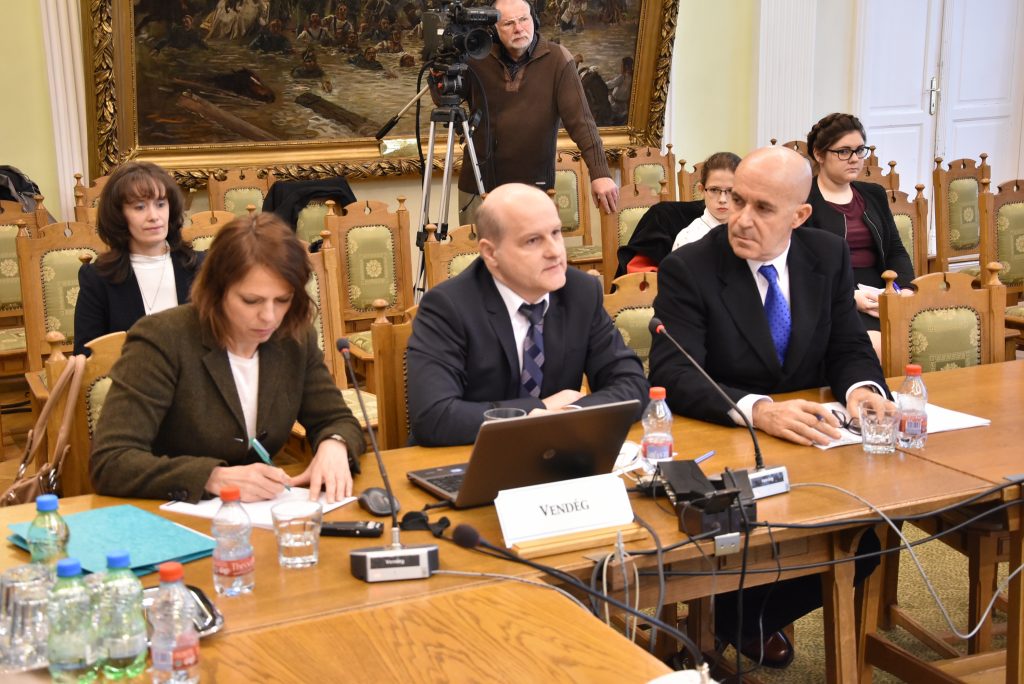 With this new investment we will not only create new jobs, based on the diversity as one of the basic principles of our company, we will also collaborate as an engine of the economy in the area through contractual relations with new suppliers, as well as with other services associated with our activity.

The Segura Group is demonstrating once again that its goal of being a European benchmark in Hungary is becoming a reality.

Last Sunday March 5th, took place in the Juan Carlos I Industrial Park the III Edition of the running race “Breathe out for Pulmonary Hypertension and Stxbp1 Syndrome”, a race organized by Ford Almussafes, Appi (Association of Parks and polygons of Almussafes) and the City council of Almussafes.

Almussafes wrote a new page in his gold sporting book, bringing together more than 2,000 people in favor of two solidarity causes, great success of participation with hundreds of people enjoying a morning of sport and solidarity in the Industrial Park Juan Carlos I and Ford facilities in Almussafes. The 10kFord-Appi race called “Decades Together” has collected through this third edition the amount of € 12,198 which will be allocated to two National Associations of these two rare diseases with the purpose of promoting the research of these, besides offering support to relatives and patients.

In order to promote the participation of our employees in this type of sporting and solidarity events, the company assumed the costs of the registration fee and a technical commemorative t-shirt to the participants.

Thanks to all for participating and the next year we will propose to increase the number of participants in this good cause! 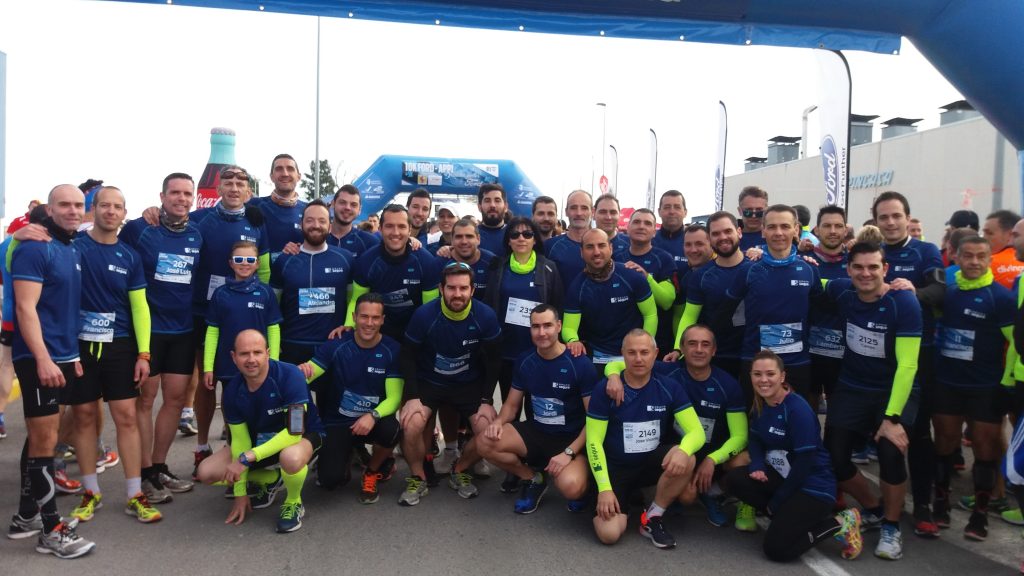 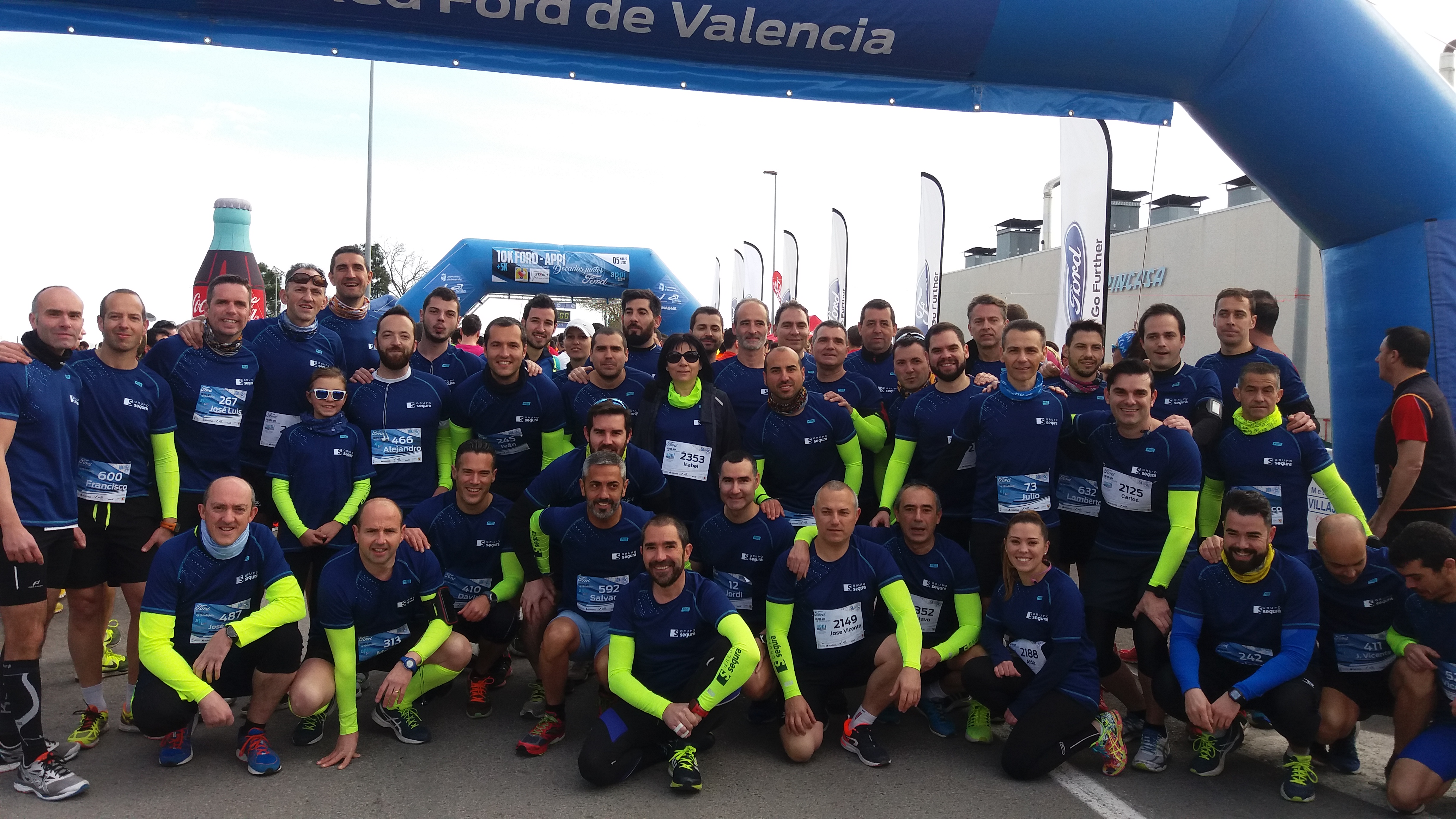 Official announcement of the new investment project of Grupo Segura in Hungary.

On 20 February, the official communication of the new investment project of the Grupo Segura’s plant in Szolnok took place at the Ministry of Foreign Affairs and Trade in Budapest.  The President of the group, Francisco Segura, Manuel Montalban, CEO Deputy, and Kati Sarovics from the New Markets area were accompanied by the Minister of Foreign Affairs, Péter Szíjjártó, together with senior City Council executives of Szolnok, members of the Ipari Park, officials of the Spanish Embassy, and some representatives of Automotive Cluster MAGE. 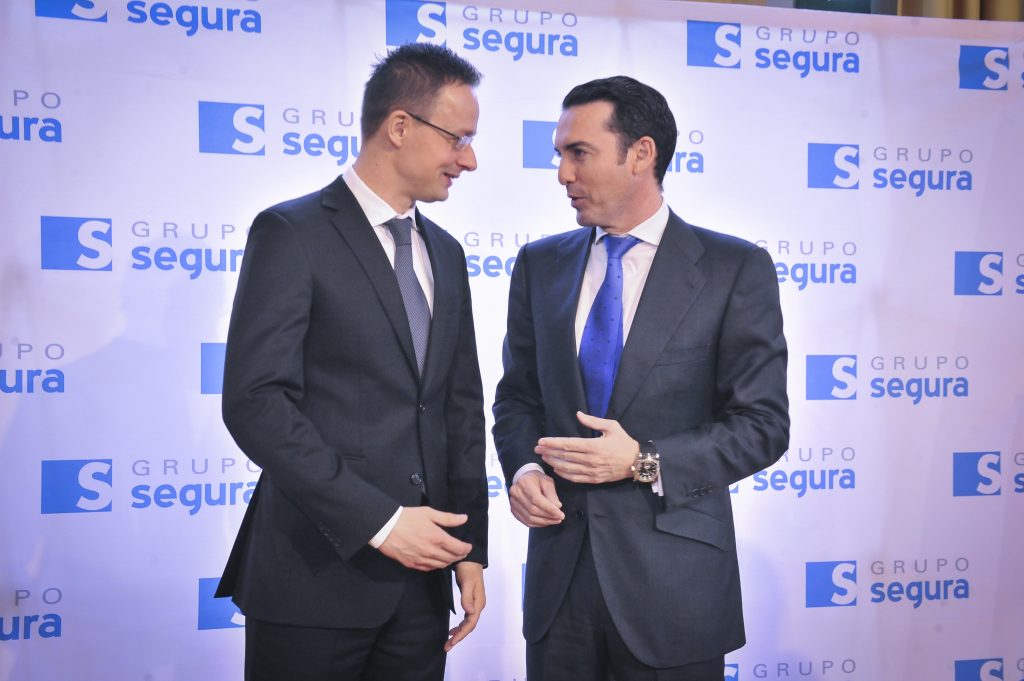 Prior to the official announcement Segura represerntatives had the opportunity to have a private conversation with Minister Szíjjártó Péter about our situation in Hungary, our future projects, and the current situation of the Hungarian economy. 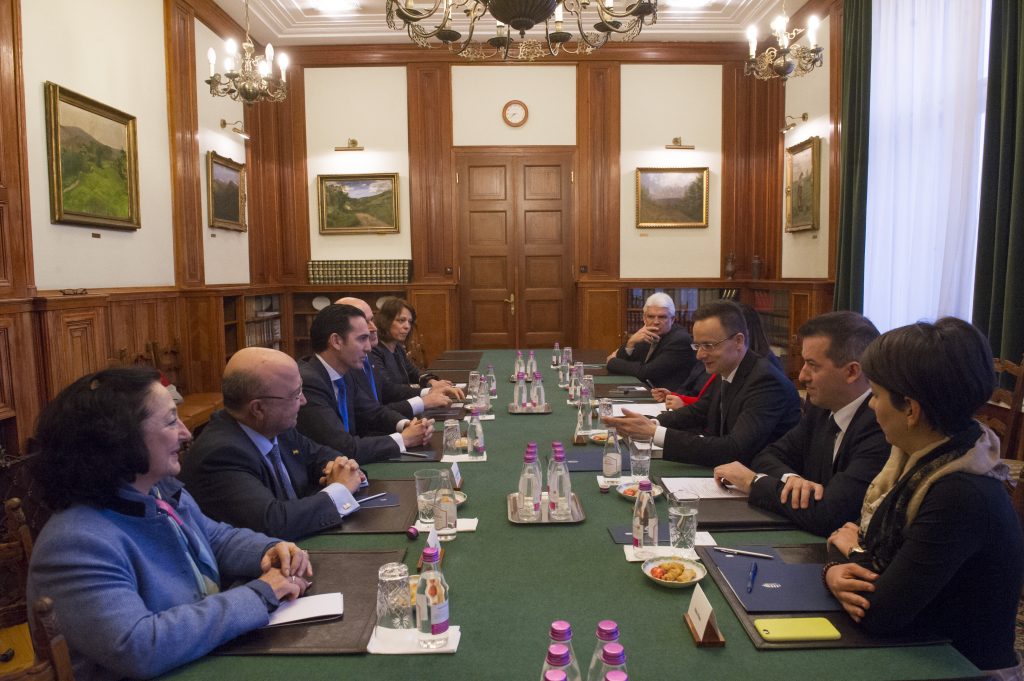 Grupo Segura made official its new large investment project in Hungary, with which it plans to create about 100 new jobs, and increase its productive capacity from the initial 12,000 m2 to about 25,000 m2 until the end of this new project.

Congratulations to the whole Group for this new investment! 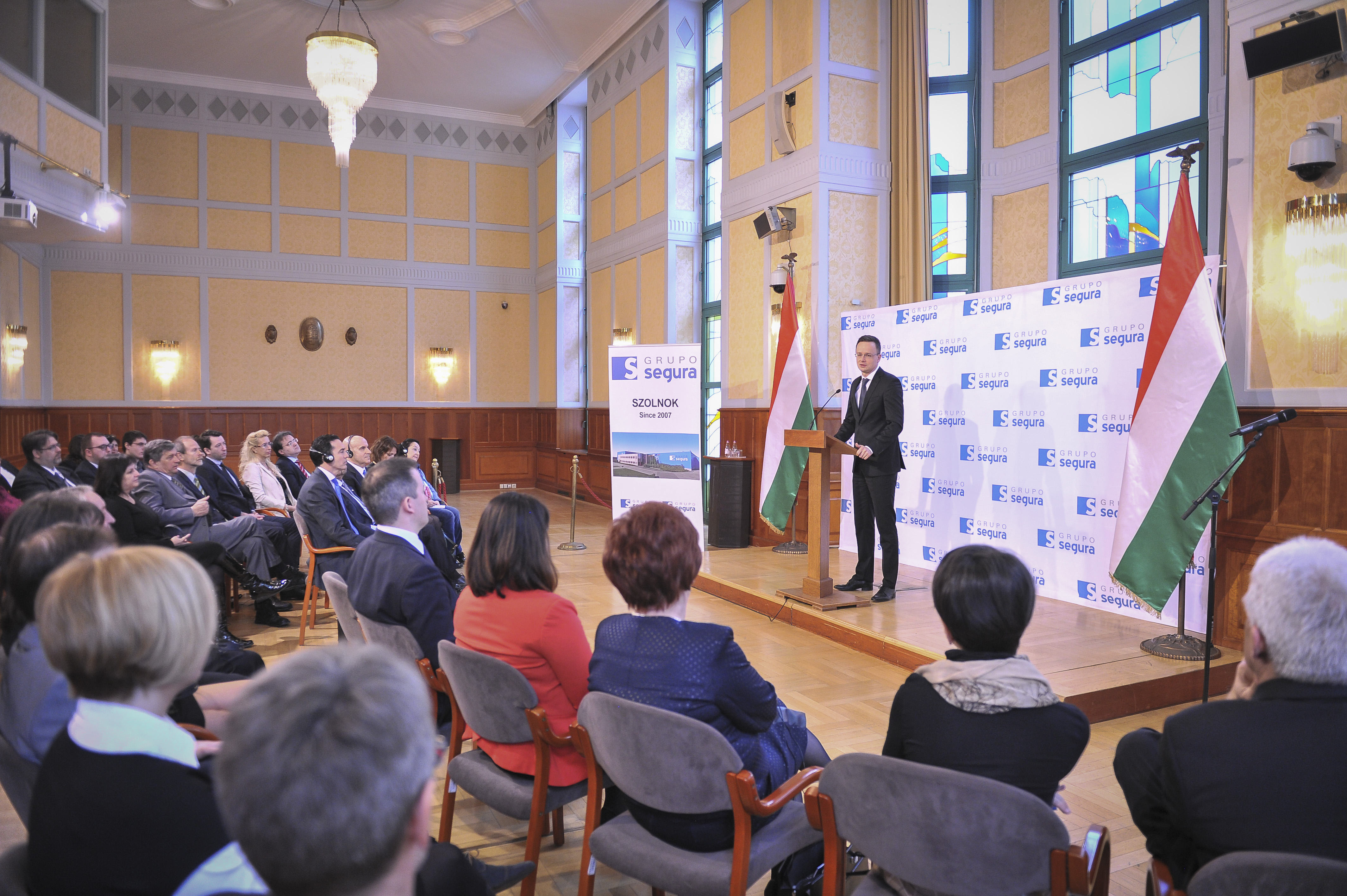